Three Key Points About the Name of Jesus! 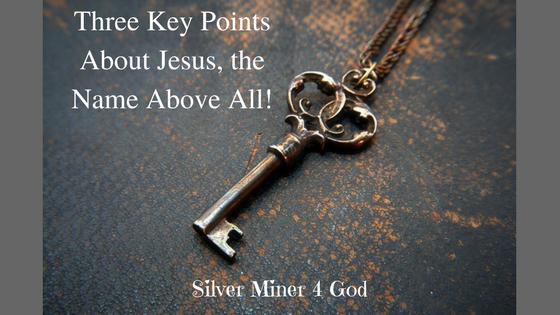 At the Lutheran Women’s Missionary League (LWML) National Convention in Albuquerque, NM, our scripture verses was Philippians 2:9 This verse begins with a, therefore, thus, what comes before it is important. Hence, we will key on the following verses.

5 Have this mind among yourselves, which is yours in Christ Jesus,[a] 6 who, though he was in the form of God, did not count equality with God a thing to be grasped,[b] 7 but emptied himself, by taking the form of a servant,[c] being born in the likeness of men. 8 And being found in human form, he humbled himself by becoming obedient to the point of death, even death on a cross. Philippians 2:5-8 ESV

The Three Key Points Are!

One, Jesus didn’t hold His equality with God over people. Thus, He didn’t use it to his advantage. Think about this for a moment. Here, He was with great power at his disposal, yet, He set that aside to do the will of His Father.

Second, He humbly took on the likeness of man. Therefore, He knows what it is like to be human and suffered many things while on earth. He was tempted yet without sin. He fulfilled the law whereas we could not.

The third and most important is that He was obedient to the point of death. This was no ordinary death like a heart attack or from old age. It was an excruciating and shameful death on a cross, though Jesus scorned the shame that came with it. There was a purpose in His death.

Related link: Excruciating Means Out of the Cross or Crucifixion 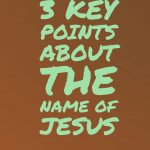 3 Key points as to why Jesus is the Name Above All!
Powered By the Tweet This Plugin 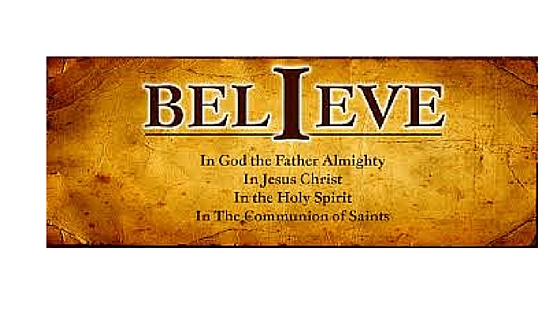 Creed? What is it and Why Do I Need It? 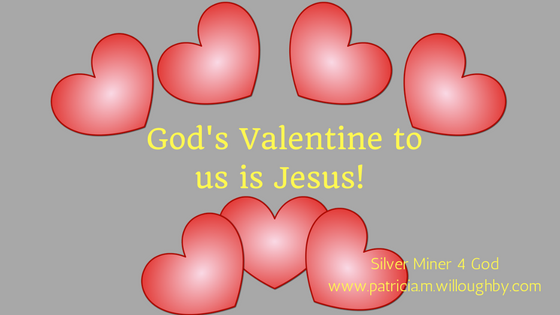 Jesus is the Greatest Valentine’s Ever!