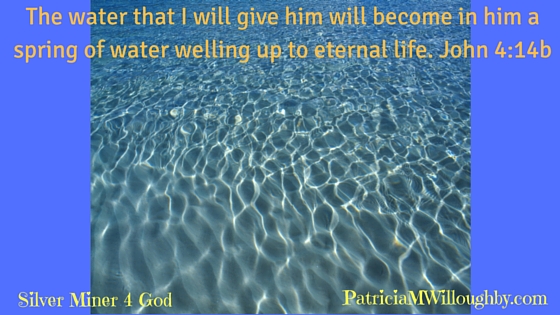 Let’s explore the conversation Jesus had with the Samaritan woman at the well in John chapter 4. But first, let’s take a look at the history between Samaria and Judea at the time of Christ. It is important to understand the conflict between the two groups of people.

Samaritans were a blend of Israelites left behind when Israel was exiled by the King of Assyria circa 722 B.C. and Assyrians that the King sent into the area. (2 Kings 17). They believed in the God of Israel, acknowledged Moses as His prophet, and accepted the Pentateuch as scripture. They, however, did not accept any Old Testament writings beyond the Pentateuch as canonical. The Samaritans considered the Judeans to be apostates following the sanctuary leaving Shechem. They worshiped God on Mount Gerizim and not in Jerusalem. They, too, were looking for a Messiah to come.

Similarly, the Judeans considered the Samaritans to be apostates. They opposed the Samaritans because of the intermarriage with the Assyrians. The Judeans considered them to be idolaters because intermarriage merged idol worship with the worship of Yahweh. The Samaritans had also caused trouble when the Jews sought to re-establish themselves and their temple (Ezra 4).  Therefore, there was a great deal of tension between Judea and Samaria, even in the time of Jesus’ ministry.

As a woman came to the well to draw water, Jesus intentionally drew her into a conversation with Him by asking her for a drink. He was well aware that Jews did not associate with Samaritans, yet, alone a woman. This is where Jesus first got my attention. He set aside social norms to reach out to her and those living in Samaria. The custom was that a Jew was considered unclean if he used a drinking vessel handled by a Samaritan. Still, Jesus asked her for a drink.

Also, Jesus continues His conversation with her despite all the social customs. He tells her of living water, yet one can tell that she is focused on the physical whereas Jesus is speaking spiritually. She questions his ability to draw water and if He is greater than Jacob. The woman is obviously without a clue as to whom she is conversing with.

Therefore, Jesus takes it one step further by revealing to her sin. He does not do it blatantly. He asks her to call her husband, and thus she points out that she does not have a husband. Then Jesus gently makes her see that He knows everything about her. This is what broke through to her heart, being known by Him. Therefore, she went to draw others to Him.

Jesus was not held sway by social norms. He reached across them to bring His message of salvation. I need to think like Jesus and not be held to the customs of this world. Jesus wants me to think outside the box. Like the woman at the well, I, too, can get focused on the wrong thing and not see with the eyes of Jesus. I want to draw others to Jesus, who knows me better than I know myself.

To learn more about the two kingdoms, click here, The Two Kingdoms of Israel.